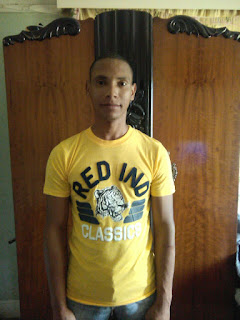 We posted earlier on Facebook about Linden, one of our church members who was stabbed late last night. We now know that he was stabbed three times, twice in the shoulder and once in the neck which severed the femoral artery.Linden is currently in ICU and is being operated on at some point this afternoon.

Sadly this incident has been brewing for a while because the family live next door to an illegal shebeen that started operating about a year ago. The family have tried many times to have the shebeen closed but without success, despite it being there illegally!

Last night at gone midnight Linden asked the few stragglers at the shebeen to leave because he had to be up for work at 4am this morning. All we know after this is that a few of the stragglers rounded on him and stabbed him.


Please pray for Linden and stand with us as a church as we speak life into him and over him. Pray too for Sernelle and their two young kids Skyla & Zika, they don't know what's happened to daddy yet and Sernelle is trying to protect them.

Pray for the wider family too, as we were there this morning they were milling around plotting a revenge attack. Sernelle has told them she wants no part of it but they seemed pretty determined to act.

Pray too for the police, Sernelle reported the incident early this morning and told the police the name of the person who did the stabbing, but so far the police haven't acted on this information.