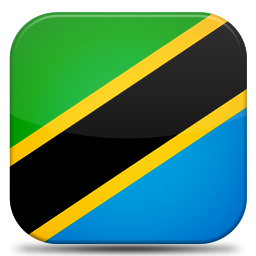 It's twenty years ago this month that we made our first move in to overseas mission as we went to Tanzania for an initial two year stint.  Just under a year later we resigned out in the field, were treated appallingly by the organisation we were serving with and ended up staying with some Catholic Fathers at a nearby Seminary.  The last group of people I expected to be genuinely Christian turned out to have a greater concept and handle on Christian basics than the organisation we had served with.  Still, that's a long time ago and much water has passed under the bridge since then.

The most valuable thing to come out of our year in Tanzania was the lessons we learnt. We finally realised what neo-colonialism is and how to stridently avoid it. We learnt how to treat people well so that they respond positively. We learnt a lot of other stuff too, and not least had our misunderstanding of Christian calling shaken to its roots. It really was a great experience!


To this day, twenty years on our Tanzanian adventure continues to shape our mission and how we trust in God and build with the folk we serve with.

After a stint at home in Blighty which involved a year at bible college we then set off in 2000 to Zimbabwe.  Following our Tanzanian debacle we had asked our new organisation to be thorough in dotting the i's and crossing the t's as they put our placement together.  Sadly just a year in we found ourselves in a not dissimilar position as understandings and expectations on both sides were out of kilter, making our roles untenable.  We then joined our local church in Zim and were part of the leadership team that planted a church into Westgate, a peri-urban community in the north of Harare. We loved this work and remained until we were deported in 2003, thankfully just before Joel was born.

After another year back in Blighty we were invited to South Africa by the leadership of a local church. To cut a long story short, we've been in South Africa ever since and today we pastor The Gathering in Firgrove, a small community on the outskirts of Cape Town.

Everything we've done over the last twenty years feels like it has taught us, lead us and contributed towards us being here and doing what we're doing now and we are loving it!

In Tanzania we me the most amazing man called Bob Jeffers, he was a highly educated American who had taught and done several other big jobs, but here he was in 1998 serving as a gofer.  He would ferry people to and from the airport, deliver supplies to missionaries and generally do anything that needed doing.  What struck us about Bob was how cheerful he was and how he loved life.  He told us once that in his many years of mission, he had never met anyone who left the mission field doing what they had originally come to do.  Everyone he had met in mission was called to do A but ended up doing B, C or Z, but never A.  That's been very true for us, but had we known back then where we'd be in twenty years time there's no way we would have hung around!  But having said that, we're very glad that we did.

Here's to the next twenty.