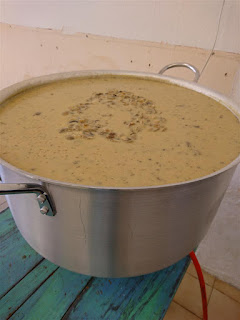 The dream is still to take The Gathering's Soup Kitchen up to 100lts each week but we've decided to ease into that with a 20lt step up to 70 litres.

It turns out that there were a few more issues involved than just doubling the quantity of ingredients and so it made sense to address a few issues and take a smaller step forwards....for now.

One of the main issues we've had has been washing the 50lt pot in the sink, basically it's too big to fit under the cupboard, so rather than just raise the cupboard, we decided to move it to the other side and then install some shelves where the cupboard used to be. This will allow us more space above the sink which we'll need with the new 70lt pot, though we still need a plan to figure out how it will fit in the sink (see below) 😂


Where the cupboard used to be... 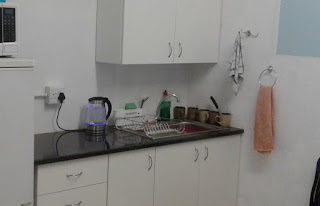 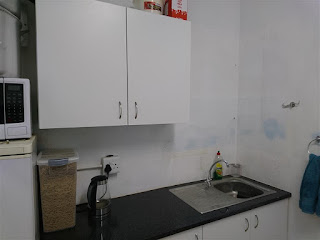 Even with the cupboard moved, the 70lt pot is a challenge to wash! 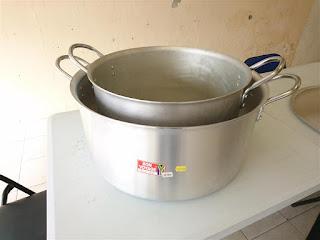 So here's today's soup...
I began by par-boiling 7kgs of potatoes (in our old 10lt pan) 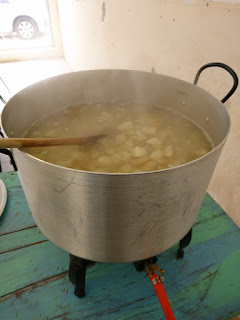 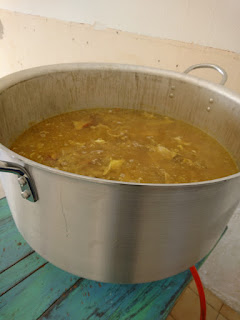 followed by a ton of mushrooms 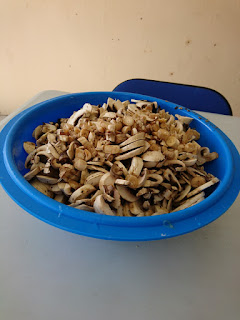