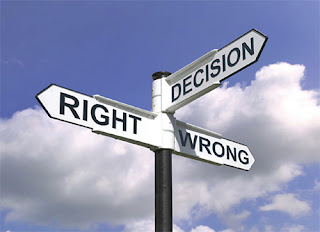 As the year winds down towards the summer holidays it would be nice to have a bit of breathing space, but as ever that's rarely our experience and once again we find ourselves having to make some pretty major decisions ready for the new year.

For those of you who get our prayer letters, you'll know that we have had to make a big decision about Joel's last two years at school. We're thrilled that in January he'll be returning to a more formal High School set up, though it will still be informal with a Christian ethos, but at least he won't be being home schooled and self-teaching anymore, which will be a huge blessing for Paula!

We're also having to make some big ministry decisions in the build up to next year and without saying too much here, we would value your prayers for this, especially our Homework Club. There's one big decision to make in this and several smaller ones regarding the changes we'd like to see, particularly around some of the kids behaviour!

As with any decision, one only knows if the decision was right or wrong after the event and when as a parent you're making big decisions for your kids it gets really scary!

Thankfully as Christians we're invited to bring our plans and decisions before God, indeed in Proverbs we're instructed "not to lean on our own understanding.." (3:5-6) and in 15:22 we're told that "Plans fail for lack of counsel", and so we'd ask you to stand with us in prayer as we seek the Lord and his guidance.