We've not posted much over the last week or so, partly because we've been very busy but also because we were feeling a bit demotivated after a number of events which haven't made 2006 the best start to a year we've ever had! Dean being robbed was awful, but at least he was unharmed, then the head gasket on his car blew leaving us with a hefty garage bill and then our Harddisk crashed and we lost 3 months worth of photos (yes dean does do weekly backups but still disaster struck!).

Anyway, family life is good and we're all enjoying Eli! Joel is such a proud big brother and really dotes on Eli which is great and only occasionally does he get too exuberant and rough with him, but this is never malicious. Joel and Dean have developed a new game which Joel calls "catch you bike" which involves Joel and dad racing around outside (joel on his trike Dean on his bike) generally making lots of noise. Our neighbours 2 boys regularly join in too and together we all have a lot of fun.

We get on great with our neighbours which is a real joy and we will miss them when we move house at the end of February. Yes, we're on the move again! and will be moving to a house about a mile from where we are now. We're really excited about this as the house is a bit bigger so we'll be able to do all the things we struggle to at the moment, so hopefully we will be hosting a cell group (if not leading one soon) and we'll be better able to host visitors (anyone who's stayed with us knows how small our current house is) and at last we'll have a dining room so we'll be able to instill some discipline into meal times! As we said, we'll miss our neighbours but there are certain things we won't miss such as dogs barking continually within the estate and the early hours coming & goings of the nurses opposite us. We currently live in a small complex but the new house is on its own so noisy neighbours will have much less impact on us.

Below are some recent family photographs, you can see more at Finnie's in Focus 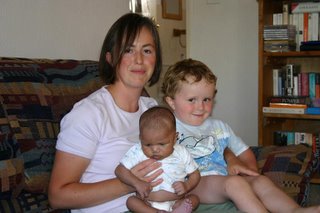 Eli at one month 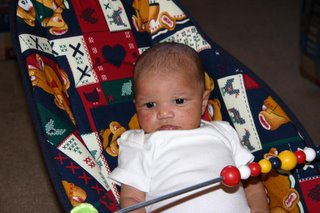 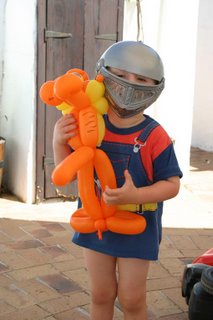 Joel in 'full flow' as he leads worship 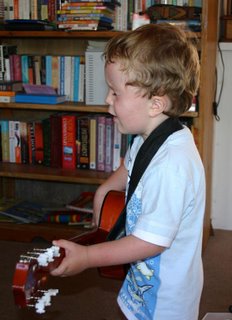