Our Mission Education has begun in earnest with the weekend being spent in Wimbledon. We had a great time with Susan and catching up with old friends from Queen's Road Church. We also met up with John & Sophie who served on the Frontier Year Project who were also hosting our friends Nikki & Rian who recently moved to the UK from SA. Joel especially enjoyed seeing Nikki & Rian as he got to play with his friend Sean.

On Saturday afternoon we gatecrashed Catherine's 40th Birthhday party (she's Susan's youngest), one of the activities they'd laid on was African drumming which Joel really enjoyed.

Dean being a climbing frame for Sean & Joel 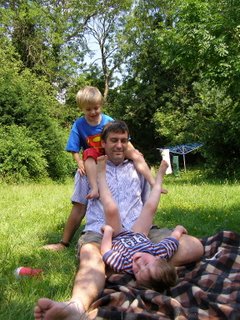 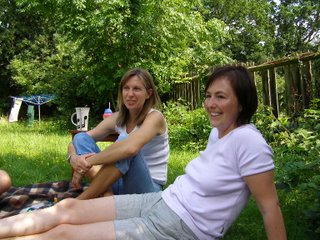 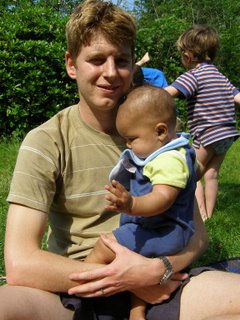 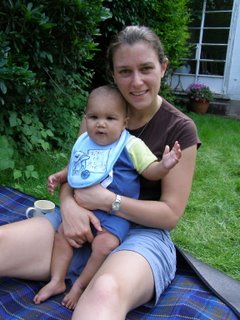 Joel drumming with a guy from Ghana 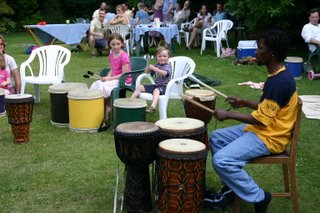 Joel introducing Eli to some of our friends from QRC (l to r: Jen, Trinity, Joel, Paula, Eli & Rhoda) 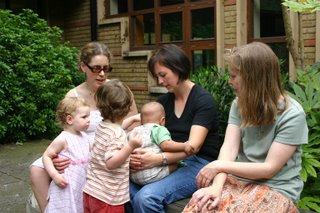 Joel having a jamming session with Ethan. Click Here to see a similar photo posted here a year ago. This year they had an audience: Eli 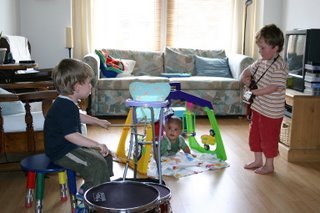 As ever, click any image to view full size