In the midst of the chaos yesterday Dean took a couple of hours out to go and deliver the food hampers which church members had contributed to. The hampers for Lwandle, Sir Lowry's and Broadlands had been done on Tuesday, so Dean only had to deliver the Chris Nissen hampers. As ever we got a mixed reaction ranging from "Where's mine" to "Thank you!" but mostly the folks receiving the hampers were very grateful and very blessed.

Last year we did the Christmas Hampers pretty much on our own but as we were away on holiday this year we set the ball rolling but were able to delegate the bulk of the work, Brilliant!

Mark from CNP works at Metro and is always helpful when we buy food there. As you can see the packed hampers are heavy! Metro were really good and wrapped the hampers for us 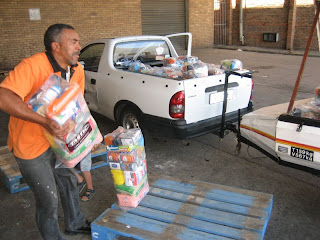 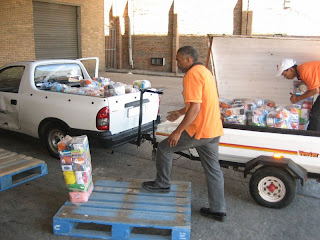 There's never a shortage of willing hands once in CNP 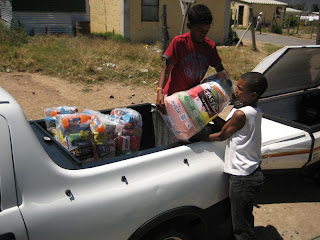 The hampers in Aunty Poppy's house 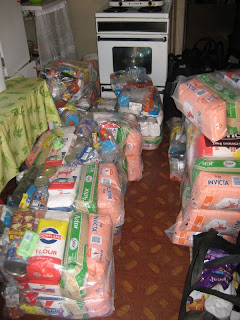 Each hamper was supplemented by as big bag of goodies such as biscuits, sweets, coffee etc. 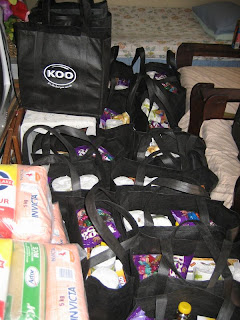