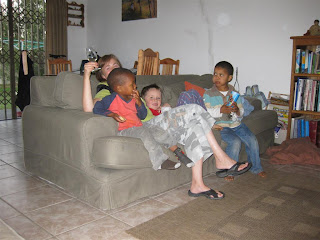 This is a weekend with a twist in so far as it's four days long and we're up to a few different things.

On Saturday Dean attended Josie's funeral, it was actually a celebration of her life rather than a turgid funeral and it was truly a joy to behold! The main thing that struck Dean though was just how different a middle class Cape Coloured funeral is to a Cape Coloured township one. It's hard to explain but the differences were palpable (hope that makes sense).

Dean then went riding with his mate Rod and on his return Paula managed to escape the bedlam for a coffee on her own which was much needed time alone or at least away from the chaos!

This morning we were once again unable to get the civic centre in Macassar so decided that as a church we would visit The Bay in Muizenberg. It turned out that they were having a baptism service so it was great to be there and see so many people making such public declarations of their love for Jesus. We also had a really good turnout from Grace which was very encouraging.

The rest of the day has been spent watching football and trying to make some calm in the midst of the chaos that seems to be our home lately but we wouldn't have it any other way!

Hope you've had a good weekend. 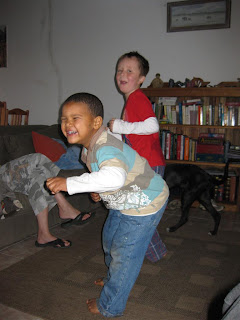