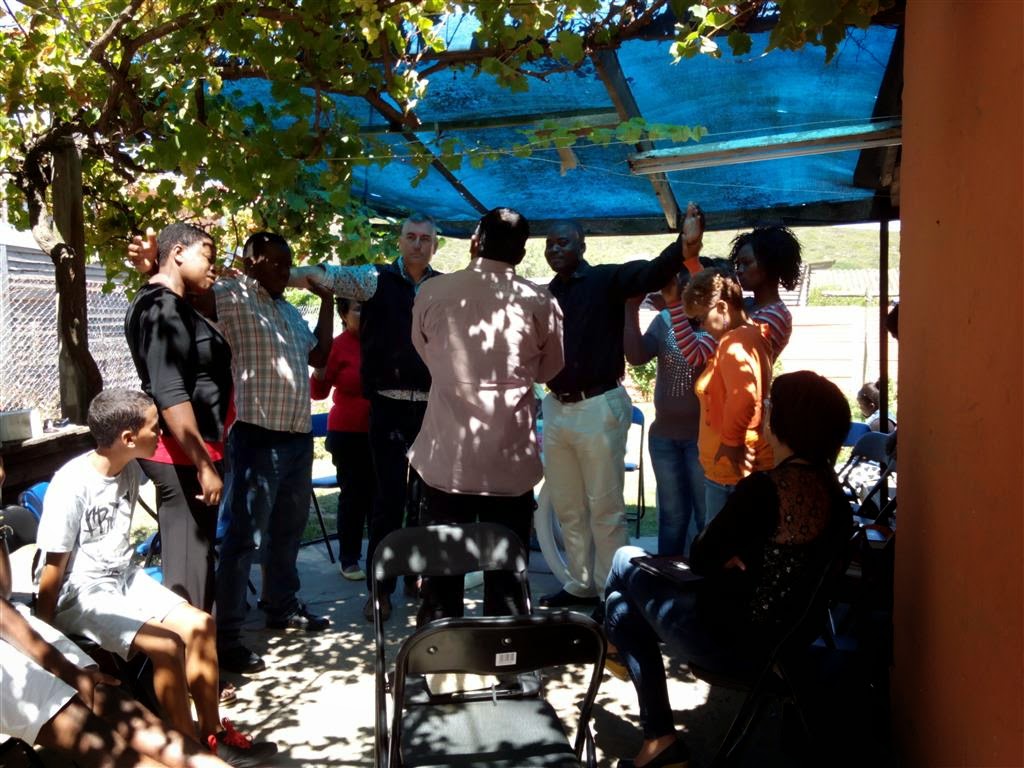 What an amazing week!

On Sunday Shaddie and family joined with The Gathering and after he had ministered to us he felt God leading him to release us as a church from the past into the future. As part of this he asked Ziggy and Phillimon to hold my arms up while we prayed and as Shaddie prophetically released us into the anointing of God's freedom, released mandates over us and blessing.

Since Sunday Phillimon has been healed of his back pain. His employer was so concerned about him that he sent him to a local private hospital for a load of tests which all confirmed his healing!

One of our youngsters got a long prayed for school place despite being over 100th on the waiting list.

Mercy was healed of chest pains and high blood pressure.

Rejoice got a great new job which she's very excited about.

We had an excellent morning with dear friends from Zimbabwe who spoke prohetically into our lives, it was like standing under a refreshing waterfall!

On Wednesday we saw a potential building to rent for The Gathering and today we've been given the building. We will sign the lease in the next few days and have the keys by the 1st of March. Now we're planning a Celebration Gathering for the 8th of March.