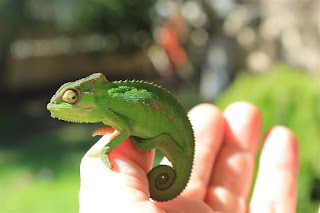 Until two days ago I had only ever seen one chameleon in the wild, or at least in my garden, then suddenly today I came across another little guy (maybe it's the same one) and decided to get some better shots of him.

This is a Cape Dwarf Chameleon indigenous only to the Western Cape and close to Table Mountain, though they have been found as far out as Agulhas.

Personally I'm thrilled to have this lttle guy in my garden and would love to see him again sometime.


These are fascinating creatures and seemingly quite friendly 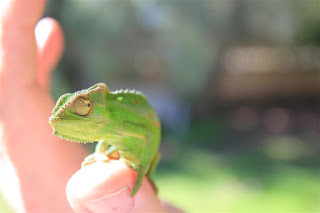 This appears to be a full grown chameleon at about 15cms long, they really are tiny 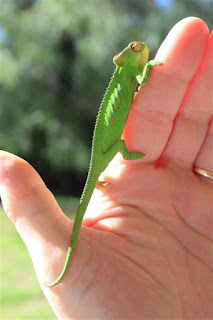 Safely tucked away in a Cape Honeysuckle bush where he belongs 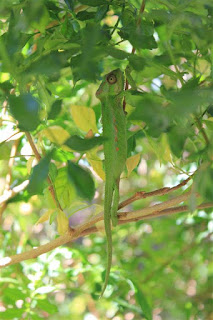