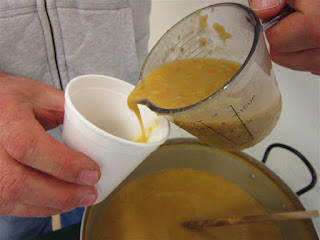 I'm feeling quite overwhelmed at present.

Since The Gathering moved into the heart of Firgrove our Soup Kitchen has been steadily growing, especially amongst the elderly who were too afraid to cross the busy R102, and who could blame them?!  So, over the last few weeks many new faces have become familiar faces as people feel much safer coming for soup within their own community.

Just like in recent Soup Kitchens, this week's  was very calm and also ran very smoothly, in part because folk know where we are and how it operates, but it was also in part thanks to our new secret weapon... a small measuring jug that is pretty much the same size as the cups we serve the soup in. It really sped up the serving process, especially when folk were coming for seconds, thirds and fourths.

Last week was a record week for The Gathering as we fed 81 people, but this week blew us away as we fed 89 (which doesn't include the homeless guy we fed at lunchtime). Also, we've never successfully counted how many cups we serve in total, one week we really must try because we guesstimate that we serve about 200 cups each week.

When we started our Soup Kitchen just over two years ago we had no idea that we'd ever end up serving such big numbers of people, but now that we're there it is a total privilege. Thank you LORD! 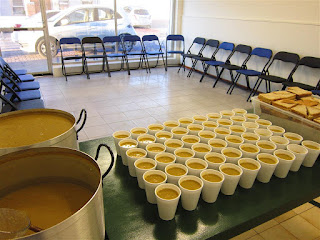 The Helderberg and Hotties in the late evening sun 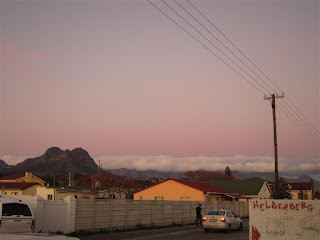