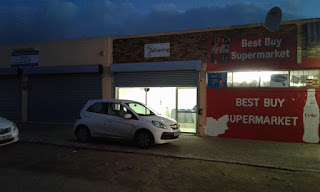 Since The Gathering moved in to the heart of Firgrove our Soup Kitchen has steadily grown each week to the point that it's a real squeeze inside as everyone tries to find a seat.

This week the queue for soup went out the door and didn't seem to end for the first twenty minutes and by 25 past six the soup had all gone which was pretty gobsmacking.

Given how busy we've been in the last few weeks we began with 70 cups set out ready to be served and in the end we served 94 people and about the same again in seconds and thirds. When we began our Soup Kitchen just over two years ago we never dreamt that we would be serving so many folk. In our first Soup Kitchen we served 13 people, 10 adults & 3 kids!

It's a real joy to see this ministry having such a big impact, it's a privilege to be able to serve the community in this way and it's a pleasure to be serving mostly regulars and to know many of them by name.


We just want to give God the glory for what he's doing through The Gathering's outreach! 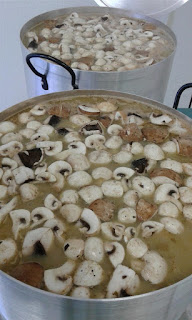 70 cups and a ton of sarnies ready to be served 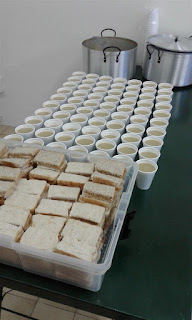 The calm after the storm... 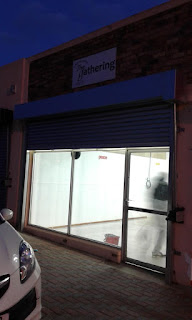