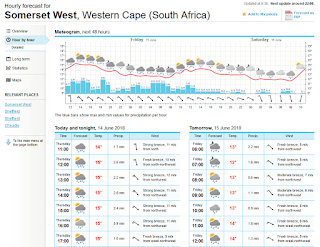 As a severe weather warning goes out around the western Cape this afternoon, I thought it would be good to revisit the issue of the Cape's three year drought and what it actually means for those of us living here.

Our drought seemed to be a popular source of conversation in Blighty as I was asked countless times about it, especially as it had hit international headlines a few months ago as Day Zero was scheduled to happen within days of that news breaking.

Day Zero is the day that Cape Town stops being a world class city turns the taps of to all homes and businesses in the municipality except for the CBD. Day Zero has now been pushed back to February 2019, which was just another ridiculous example of the pathetic mismanagement of the drought by the local government, but I won't get started on that. 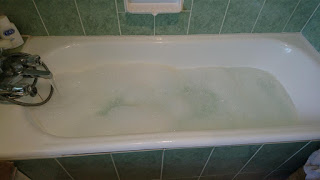 As things stand, we're enjoying a normal winter with normal levels of rainfall. What this actually means is that assuming residents continue to save water at current levels, the Cape's dams will only take two years to return to their maximum levels. What the Cape needs is an extraordinary winter with extraordinary levels of rainfall to fill the dams before the end of winter. All we can do is hope and pray that this happens.

There is some good news in there, at this stage last year the collective level of Cape Town's dams was 20.9%, today they're at 31.8%, but that's still too low and leaves us in a critical condition in terms of secure water supply. 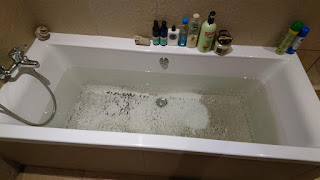 Above is a picture of my last bath in Blighty before leaving for home, hopefully it won't be another two years before I get to enjoy another one. Below is our bath at home, it's used for storing harvested rain water which we use for flushing the toilets.