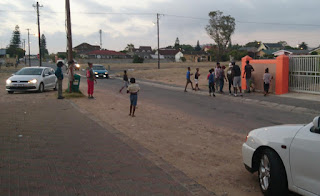 Please pray for Firgrove and more specifically her children.

Late last year we found out that two of The Gathering's Homework Club kids are leaders of rival gangs. Initially we found this quite amusing given the diminutive stature of said kids and the fact that they're only about 10 or 11 years old.

However, these two gangs have been terrorising vulnerable local residents with all kinds of disgustingly threatening behaviour, with one friend of ours being told that they are coming to rape her.  There is nothing amusing about such horrific threats!

Last night as we were clearing up after The Gathering's Soup Kitchen I saw some of this gang violence first hand as a 7 or 8 year old boy threatened a grown woman. At first I thought he had thrown a stone at her, but it turned out he was trying to stab her.  Three young male adults intervened to make sure she got away safely, but then the gang turned on them and would not back down despite the size of the lads. 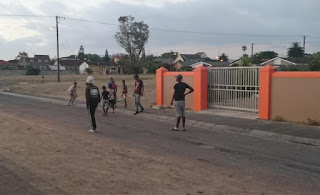 Sadly the kids know that they are untouchable, they can't be given a 'clip 'round the ear' because they will involve the police, and yet the police are powerless to stop the gang behaviour amongst kids so young.

It seems crazy to us that the community should be in fear of these young kids but that's the daily reality of life in Firgrove. It's a tragedy unfolding before our very eyes!

Please stand with us in praying for this community, in praying against the gang culture and praying that The Gathering might impact these kids through our Homework Club and Soup Kitchen.