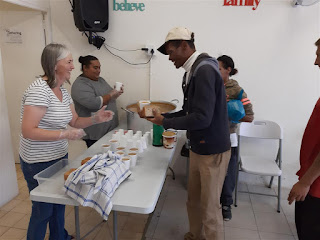 South Africa goes in to full lockdown at midnight tonight and it would be easy to rant and rave about the govt's ineptitude in their handling of the lockdown before it's even started, but it would be far more fitting on our last day of freedom to focus on The Gathering's last Soup Kitchen for at least three weeks.

In 5 years of running the Soup Kitchen, we've only missed 5 kitchens, and now we're going to miss at least three in a row. This breaks my heart because a lot of needy and vulnerable people in the community rely on our service knowing that at least once a week they get a decent nutritious meal with some left over for the next day or two. 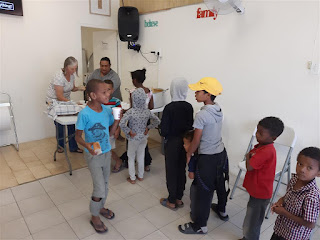 We had considered a sneaky plan to carry on feeding at least the permanently housebound whom we know and feed, but sadly we've had to can that idea because we would be putting other church members at risk and wouldn't be a good witness.

So here we are, our last Soup Kitchen and we're blessed beyond measure by God's goodness though it. Our soup Kitchen wasn't as busy as we were expecting it to be but that allowed us more time for chatting with our regulars and encouraging them as they face uncertainty in the coming days and weeks. We had some good opportunities to pray with folk and to testify to God's goodness. It really is a joy and a privilege to serve the community in such a practical way and we're going to miss this over the next few weeks.

Cyril is a regular and a great guy 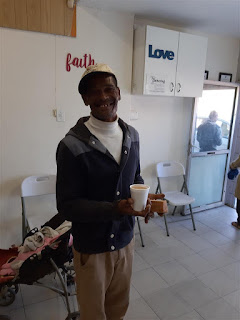 Some of our regulars 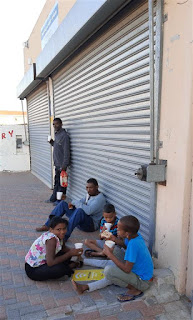 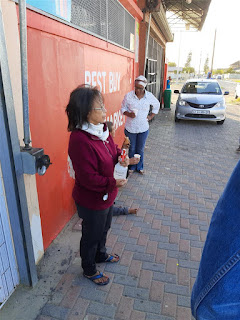 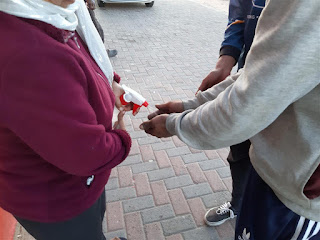 We even feed the local mutts when we can 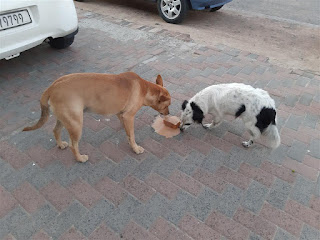