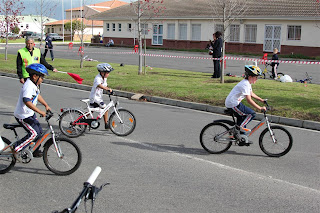 Eli and Joel had such a blast this morning at what has become their school's annual charity event.  They were so proud to ride for Operation Smile in their Miles for Smiles cycle ride.  They were particularly thrilled because the school is hoping to crack their target of raising R50,000 for much needed cleft palate operations for children this year and between them they have raised just under R2,000.  Thank you so much to all you who so generously sponsored the boys, it really made a difference.

Amazingly though torrential rain had been predicted the sky cleared and we even had sun for, guess what, two hours while the event took place.  Thank you Lord!

Eli rode with his usual gusto though, because the school had decided to host the event on the main road on which the school lies the under 8's had to ride around the car park which he was unimpressed about!  This didn't stop him however and he whizzed round and round like a whirling dervish.  Needless to say after an hour he had joined his brother and the 'big boys and girls' out on the road!!

Joel rode with pride as usual and it was good to see him clocking up the kilometres so confidently with his mates.  Each child had designed their own T shirt for the event and they rode in teams of four so there will be plenty of prizes to be dished out on 11 June when the final total raised will be announced!

Mum and dad had a ball too!  Dean spent the morning photographing the event and riding his unicycle round and round whilst Paula helped to marshal the event, a much needed job as all the children rode on the road.  Several of the parents provided yummy snacks and drinks to keep the kids going so all in all what a great success.  Well done International School of Helderberg you shone with pride today!! 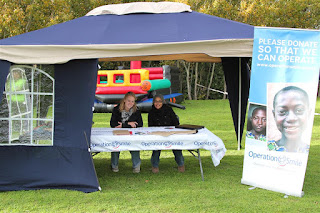 What a way to spend a morning at school 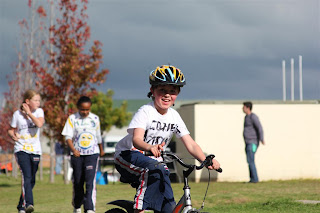 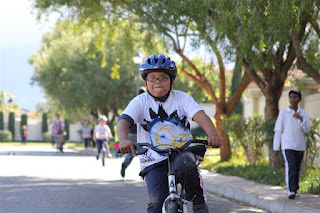 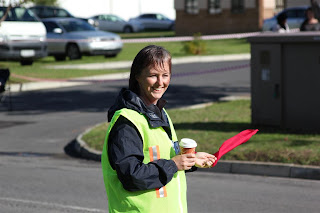 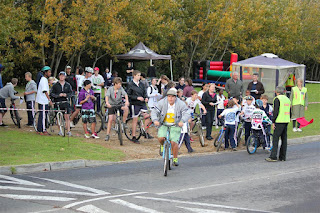 A lot of fun was had by all! 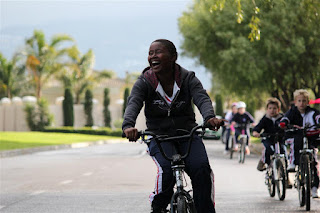 Only one accident this year but it was a baddy. Poor lad, he won't forget it in a hurry! 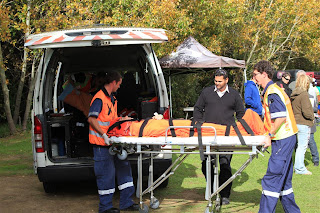 See our previous posts on Miles For Smiles: