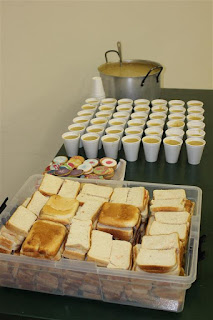 Last night was our soft opening for The Gathering as we held our first Soup Kitchen in our new home. It really did feel like we had come home and the buzz outside as we built up to serving at 6pm was great.

Once the Soup Kitchen began there was a lovely vibe and because most folk were able to sit in the same room as we were serving the soup  it led to a few conversations that previously we would have missed out on. Hopefully that side of things will grow and opportunities to minister will increase.

As an end of term treat Eli's school had iced a load of cookies and they went down a storm with young and old alike!

Just before we began serving, some local decided to become the police and started shouting at the kids because they were being a bit lively, though he soon got the message that we're not a religious bunch who demand silence. LOL!


Paula sorting out a few donations before opening our Soup Kitchen. It's always a joy to be able to share even more blessings. 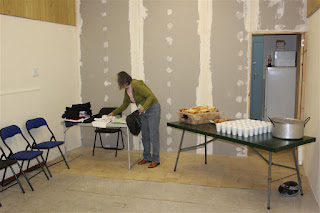 The buzz outside was brilliant. 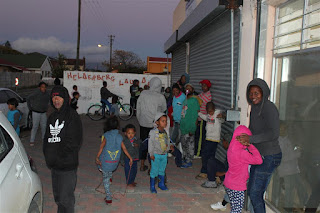 It was great to be able to serve our regulars from our new home. 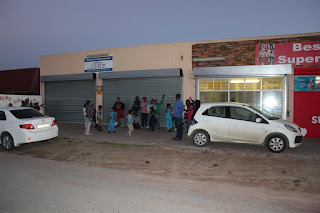 Business as usual for Joel as he served the soup. 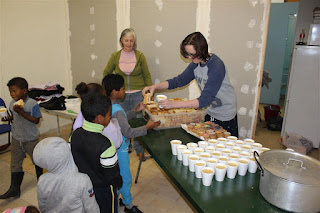 It was great to see folk so relaxed in our new home. 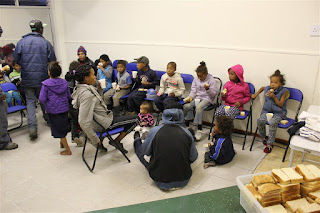 There was plenty of room for all. I hope Sunday will be as hectic! 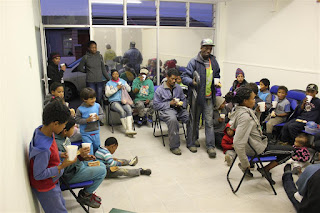 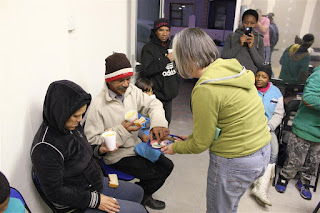 We've worked really hard over the last two weeks to get the place ready for this Sunday, but my heart is thrilled that The Gathering's Homework Club and Soup Kitchen got in there first and christened the building.