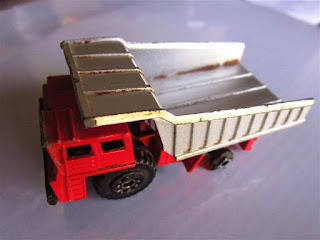 As we head in to the Christmas season and get excited about giving and receiving gifts, consider this...

Give only that which you would like to receive.

This has shaped our giving for many years now and is why when we give, we give of our best. For example, we make the best soup we can possibly make for our weekly Soup Kitchen and ensure that it's a soup we would want to eat. Yes, some of our customers are homeless and some are very poor, but it doesn't mean we shouldn't give them our very best and if we're not prepared to eat it why should anyone else?!?

You would be amazed and appalled by some of the attitudes we encounter around giving and donations, often from seemingly pleasant enough scenarios where we're given jigsaws with "only one missing piece" through to some people seeing charitable giving as a way to offload their rubbish rather than driving to the tip.

We've pretty much seen and encountered it all, but  three clear incidents left us quite shocked and have shaped the way we give (and receive).

Firstly, when we were in Tanzania we eagerly awaited the arrival of a container full of donations from the UK. Once it was opened we were generally disappointed by the rubbish that had been donated such as soiled clothes, curtains and broken toys, but one item stood out, an old 1950's Ford tractor. Our mechanic was uber excited about this machine and after some fettling got it working, only for it to die a sudden death once the plough attachment was deployed. The tractor ended up as a climbing frame for the kids and gave birth to our imaginary spoof charity Crap For Africa. 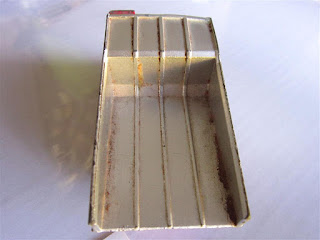 Later in our first Christmas in Zimbabwe we had a visit one afternoon from a local business which had had a Christmas party and they wanted to donate the left over food to the kids in the street shelter. Thrilled by this we went to their vehicle to help bring it in, only to discover that the food had been scraped in to two black bins. Sweet & savoury were thrown in together! We immediately refused the donation. I mean seriously, would you have eaten any of that food? I certainly wouldn't!

A few days later on Christmas day the kids were excited about receiving presents which had been donated by local businesses and churches. Sadly the joy didn't last long as many of the presents were total rubbish and far from the kind of thing most of us would give to our own kids.


The photos in this post are of one of the presents!

I picked it up after the kid who received it discarded it, and I've kept it ever since. As you see the ingrained dirt and the broken wheels, know that this is exactly as it was when it was opened by the kid.

Now I don't know how you feel about giving, but personally I would never give anything to anyone that I personally wouldn't want to receive, in the same way, I only make soup that I would be happy to drink.

So this year, if your local charity, school or whoever do a secondhand toy drive (this really winds me up out here!), go and buy a new toy and make some kid really happy and stick the crap in the bin where it belongs. 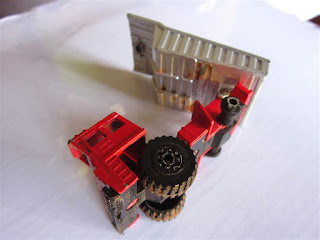 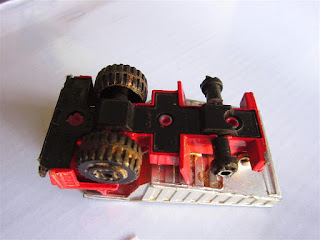