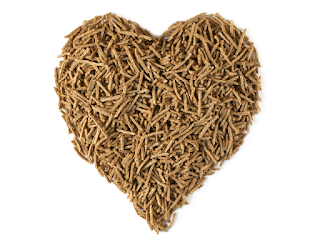 As I said in a previous blog post, I knew that after 8 years of inactivity it was time to get fit again (hitting almost 103 kgs was quite motivational) and so I took up boxing and haven't looked back.

So, for the first time ever I'm really enjoying the exercise. I used to like cycling but it was never this much fun and I never saw such dramatic changes in my body or general health.

However, exercise is only half the story.... at the point of deciding to make some positive changes the BBC News website published this article: The lifesaving food 90% aren’t eating enough of. So as well as exercising I made two big dietary changes, firstly I radically reduced my sugar intake (six Cokes a day isn't good!) and secondly, I began having a minimum of 60g of All Bran for breakfast, that's double the amount recommended by researchers at the University of Otago in New Zealand and the University of Dundee.

Whenever I hear of the latest dietary fad I'm always sceptical, but I'm convinced that the biggest reason for my cholesterol level being more than halved is my fibre intake. My body is obviously making the most of the health benefits of fibre and my desire for snacking has reduced massively, so it's win win, especially as my BP is back to normal as are my blood sugar levels. It really does keep getting better and better!